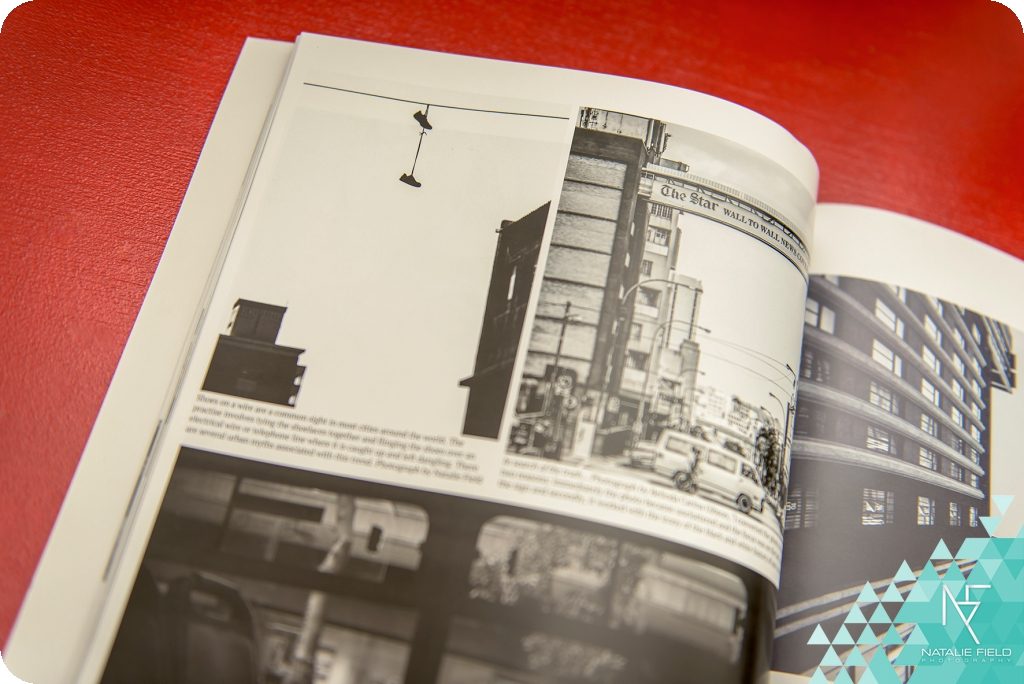 When given the opportunity to enter an image into the run to be published as part of “Creative Feel” magazine’s feature on Jozi city, I sent through a couple of pics taken on one of the “Ancient Secrets” photowalks hosted by the informative Ishvara Dhyan. Of course I was over the moon when my image “Shoes on a Wire” was selected!

Shoes on a wire are a common sight in most cities around the world. The practice involves tying the shoelaces together and flinging the shoes over an electrical wire or telephone line where it is caught up and left dangling.
There are several theories as to how this trend originated. One of the main indicators is the effect of cultural influences, like the distinctions between social-economic territories and age groups. Further to that perceptions are often swayed by local legends and customs.
Urban myth suggests that there is a connotation between the shoes and gang activity, marking the boundaries of their turf, indicating that drugs are available in the area, or as an informal memorial in a place where a comrade has fallen.
It is also believed to be a sign of a child being bullied, their shoes kept out of reach. In some areas it is a local custom to help ward of ghosts. And some hiking groups use it as a marker for the start of a hike.
A more innocent explanation is that of American soldiers leaving the military who paint a pair of combat boots yellow orange and tossing them over a power line or telephone wire near the barracks or unit to which they were assigned. Graduating seniors have also started implementing this tradition.
Perhaps it is the simply the human condition’s desire to leave ones mark everywhere you go, a hope to be immortalized through this expression of themselves in their surroundings. In the end, the only person who truly knows the reason is the one who threw them in the first place. 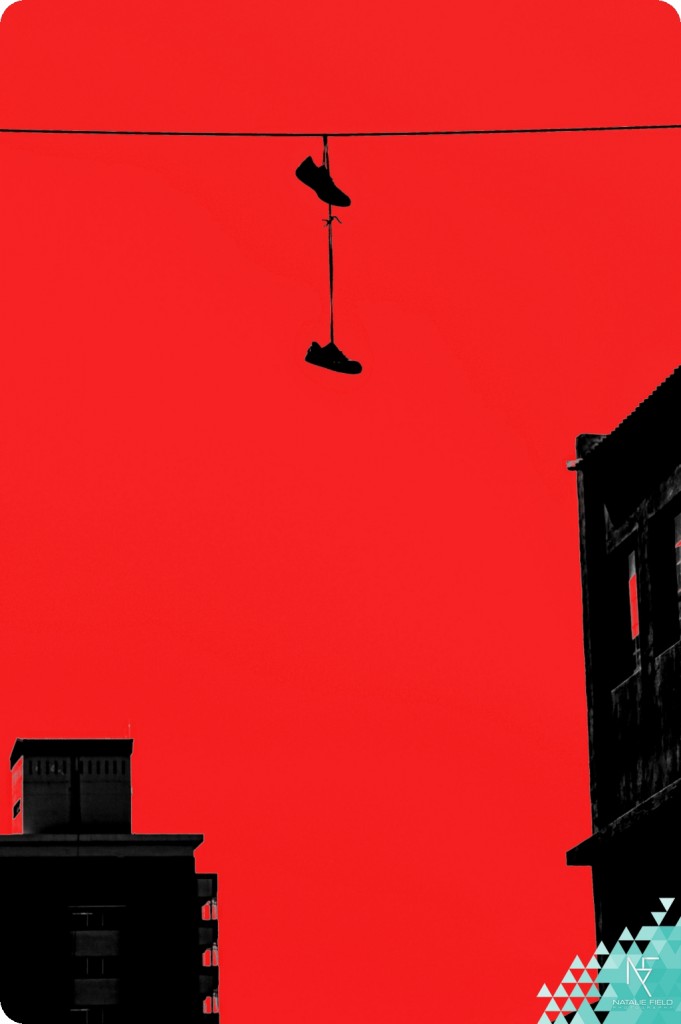 Creative Feel is an award-winning arts, culture and lifestyle magazine celebrating all things creative, both locally and internationally. For the full article visit the link “The Empire City strikes back“.

If you enjoyed reading about this subject, there is a dedicated Wiki Page on the subject at https://en.wikipedia.org/wiki/Shoe_tossing. I also found a cool 15 minute video on Vimeo by Closer Productions created with public involvement at https://vimeo.com/71867019. Happy reading.

This site uses Akismet to reduce spam. Learn how your comment data is processed.